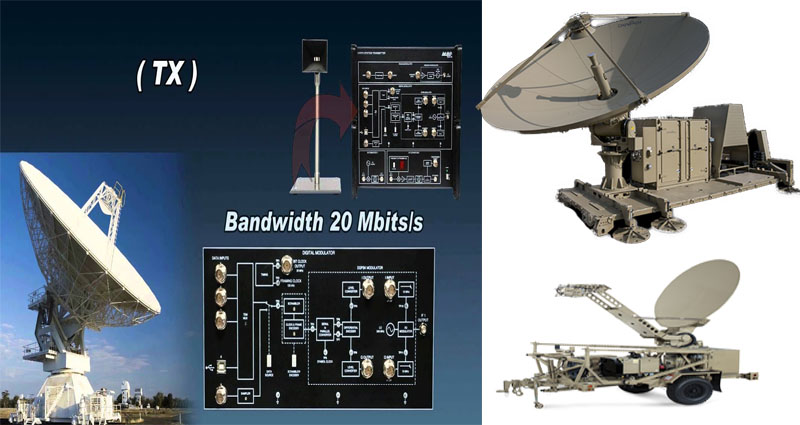 Fiber optic cables have a better performance than satellites, having much less time delay in transmission. It was a time when satellite services needed to prove their advantage on HDR applications and networking, having more modest data rates, for example, T1=1.5Mb per second. A T-1 line consists of 24 individual channels, each of which supports up-to 64Kbits per second data rate.

The advantages include wide-area coverage, distance insensitivity, flexibility, multiple access and destination capabilities, and economy. Although much on the HDR traffic, such as multi-channel telephone trunks, from satellites to cables, will be transmitted through fiber optics cables, new opportunities opened up for HDR satellites to carry HDTV picture signal distribution, and also support the emerging field of Distributed High-Performance Computing (DHPC). To gain access to this application market, HDR satellites needed to be developed and deployed commercially.

A brief discussion, relating to the assessment of satellite communication technology, is presented here.

A component of active transmitter and receiver, the antenna is a transducer between electromagnetic waves in space and voltages or currents in a transmission line. The receiving antenna transforms the receiving radio waves into electrical signals which are processed for necessary information. On the other hand, a transmitting antenna converts an electrical signal into radio waves and transmits them to the Earth stations. The radio waves (signals) received and transmitted by the two antennas are based on certain frequencies and the receive frequency is always different through the transmitted one. These two frequencies are kept separate owing to the reason that if they were the same, there would conflict between the received and transmitted signals. These antennas are generally directional, transmitting more power in some directions than others. The directional property of an antenna is represented by its radiation pattern, which is generally 3-dimensional.

An antenna needs the power to transmit. This power lets the antenna transmit over greater distances. This ability to transmit depends on the “gain” of your antenna. The more the “gain,” the antenna can transmit a greater distance. This power is derived from the onboard electrical power generation in a satellite. Here there is a limitation on this power. A battery bank and solar cell panels, provide power to the onboard satellite systems. The solar panels are active during the sun-light times, as it powers the satellite systems and charges the battery bank as well. In dark the solar system cannot work and the battery bank starts to provide the generation. A dark situation occurs when the Earth comes in-between the satellite and the Sun when the battery bank switches on to supply the power required.

It has been mentioned above, that receiving and transmitting frequencies, to and through the satellite are kept wide apart, to avoid any interference between the two. The higher frequencies, Ku-band frequencies are significantly more susceptible to signal quality problems caused by rainfalls. This is known as “rain-fading.”

L-band frequencies range from 390MHz to 1,55GHz. Satellite communication and terrestrial communications between satellite equipment use this band of frequencies. L-band higher frequencies are less susceptible to rain-fading compared to Ku-band signals.